Hello hello! I wanted to pop in and say hiiii because today I started ‘Day 1’ of a 3-Day Soup Cleanse from the lovely people over at Soupology (shoutout to Alison!) Now, if you’ve done my 5-Day Body Balance Cleanse, then you know I advocate nourishment, not starvation. So I was skeptical at first, because the vegan soup cleanse is liquid based, but I figured if I felt hungry I would allow myself to eat raw fruits and veggies and make it work for me.

I felt like this would be a nice program because there are 6 soups per day, consumed every 2 hours. Some of the soups can be warmed, which is so nice for this time of year, while the others are chilled. It consists of nutrient-rich alkaline waters, broths and soup blends – unique from any other cleanse I’ve seen! This cleanse is coming at a good time because I always like flushing out toxins from the body with the arrival of each new season, plus they just switched over to their Fall menu which includes seasonal blends and flavors – like the warm and vibrant “Hollywood Hills” soup consisting of butternut squash, coconut milk, onion, spices, garlic, ginger, serrano and lime.

OMG is this soup though! I must recreate it for you guys at some point because it’s bursting with flavor from all the warming spices. Plus, coconut milk makes everything better, always. 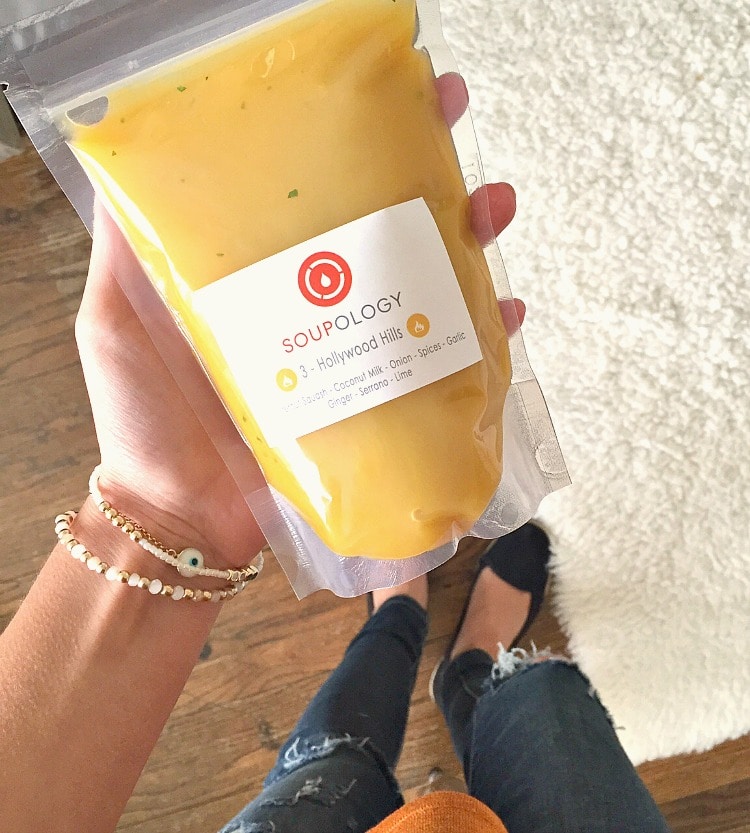 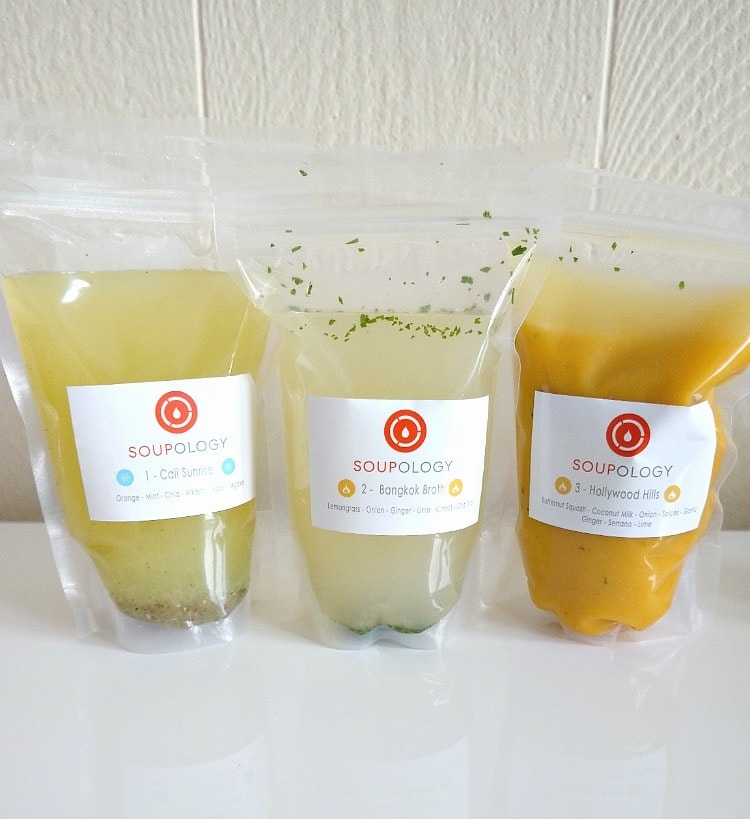 First thing this morning, I started with the “Cali Sunrise” alkaline water which tasted like Gatorade and consisted of orange, mint, chia and agave. This is supposed to promote detoxification and alkalinity while aiding in digestion. I loved sipping this water (especially with the chia seeds!) and felt energized from the mint! I did drink plain water after, since I’m used to drinking 32 ounces upon waking and the “Cali Sunrise” was a bit less than that, but extra water never hurts 🙂 About an hour later, I was feeling a weak and had work to do.. so I snacked on a banana and fresh raspberries as the next soup wasn’t for an hour.

The second soup was a broth called “Bangkok Broth” and was sipped warm. This really hit the spot! Consisting of lemongrass, onion, ginger, lime, carrot and cilantro, it sure warmed me up and felt very healing, like when your mom cooks homemade soup for you when you’re sick. This broth is for soothing and restoring the immune system. Loved it!

The third soup is the “Hollywood Hills” that I mentioned earlier – it seems to be a cleanse favorite because they brought it back again from last year! So delicious and satisfying with hints of spicy curry. I immediately wanted a second bowl of this ha. This soup is immune-boosting and great for digestion. 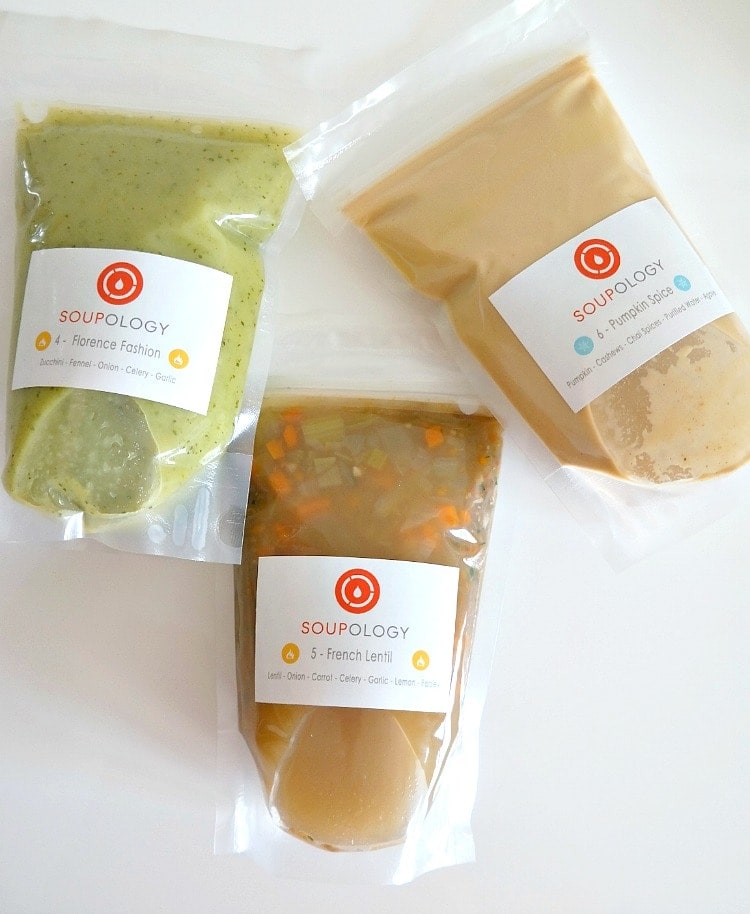 The fourth was a comforting, anti-inflammatory, super nourishing green soup with zucchini, fennel, onion, celery and garlic. Very hydrating! I still have soups 5 and 6 left. Um, hello pumpkin spice!!! Super excited for that one which seems like dessert with pumpkin, cashews, chai spices, purified water and agave. I must say, all of the flavors are on point and far from bland. Who would have thought a soup cleanse could be so tasty?!

I’m feeling pretty good so far (minus the minor slip up with fruit this morning). Overall, it feels very doable because you are sipping something superrr tasty every 2 hours. If you want to try this cleanse for yourself, head on over to soupology.com and use the code: GLOWINGFRIDGE for 20% OFF!!

Have you done a soup cleanse before? What did you think?

I’m so proud of The Happy Hormone Tracker and ca

This error message is only visible to WordPress admins

There has been a problem with your Instagram Feed.