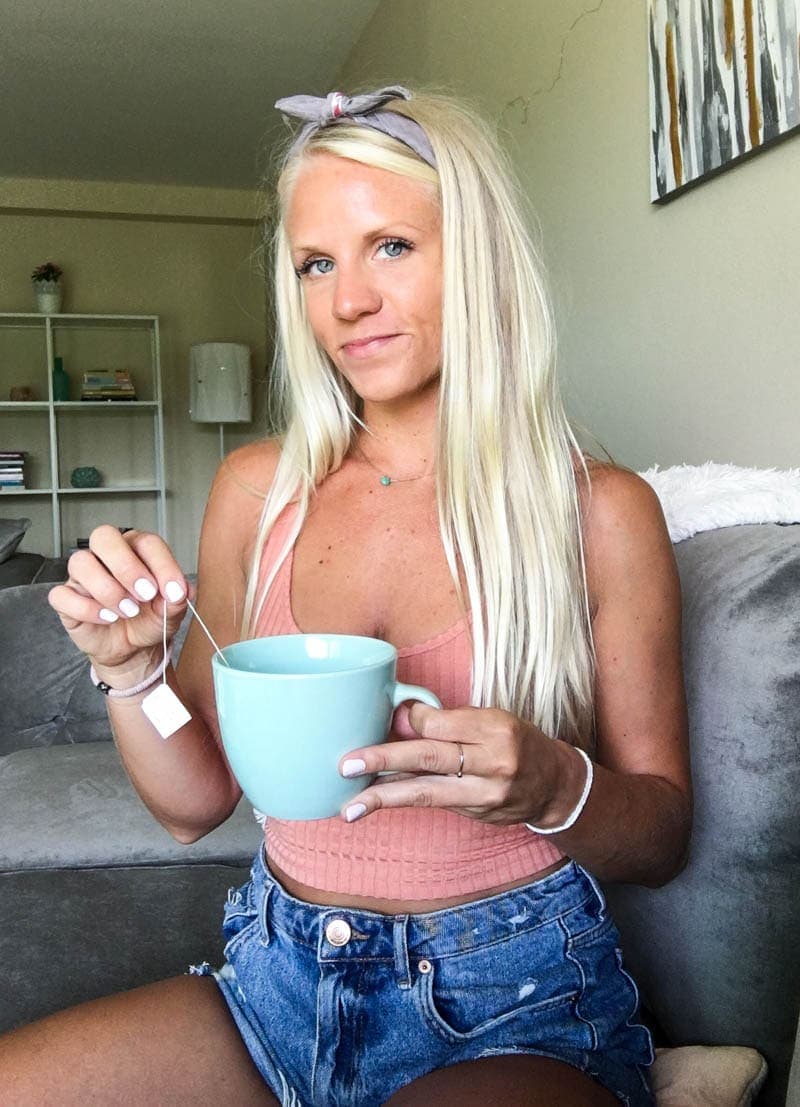 I have a period/life hack that you’re going to love!

You know when you’ve eaten way too much food and you’re feeling uncomfortably full, so much so that it hurts?

How about the week or two leading up to your period, when you feel bloated and have to switch to your separate PMS clothes?

Or just in general, when a certain food doesn’t agree with you and your stomach feels kinda meh… I know we’ve all been there.

Wanna know the magical tea for bloating and feelings of over-fullness??

It’s soothing and calming diuretic properties have been working wonders for me, so I had to hop on here and tell ya allll about it.

I hadn’t heard of fennel tea until I was logged onto the Flo Living facebook live (on PMS hacks) last week, when Alisa mentioned fennel tea. She drinks it morning noon and night (usually in herr luteal phase) to decrease bloating and help with digestion. So obviously, I’m a sucker and drove to Whole Foods immediately… and this unusual tea really works! 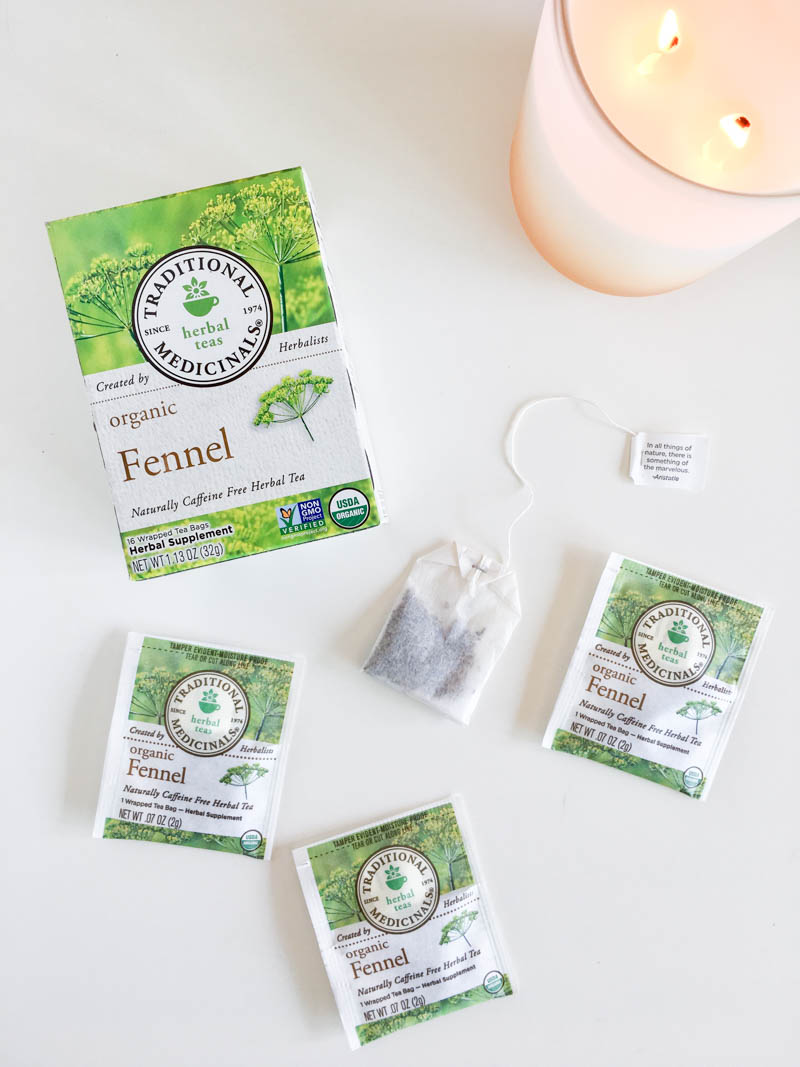 You can drink it whenever you want – there’s no limit to only once per day. Fennel tea has a licorice-like taste but its way more subtle than actual licorce, I promise. I’m not the biggest licorice fan but I actually enjoy the taste of this tea a lot, with a few drops of stevia too.

I’ll do/try anything to help with my PMS symptoms! Depending on what I’m feeling, I’ll sip this tea hot or cold, and usually after a meal to settle my stomach.

I’m thinking about buying actual fennel seeds to eat before and after a meal. Have you guys tried that before? Too intense? Ha maybe, idk but like I said, I’ll try anything.

Fennel is an herb that has been used medicinally for hundreds of thousands of years in Chinese, Indian, Arabian and Western culture. Apart from being a spice in the role of cooking, it has been as a health aid and in traditional rituals and celebrations as a symbol of nature. Doctors prescribed this tea to nursing mothers in order to increase breast milk. In Ancient Egypt, India and China, this medicinal tea was used to treat snake and insect bites. 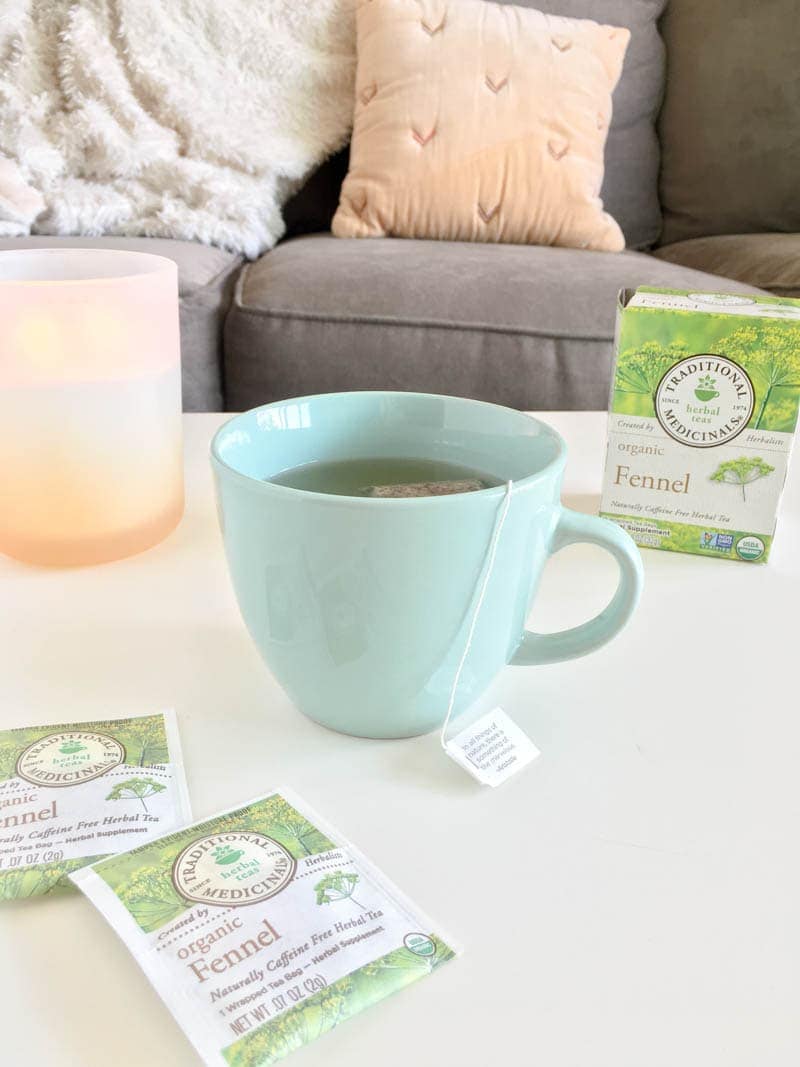 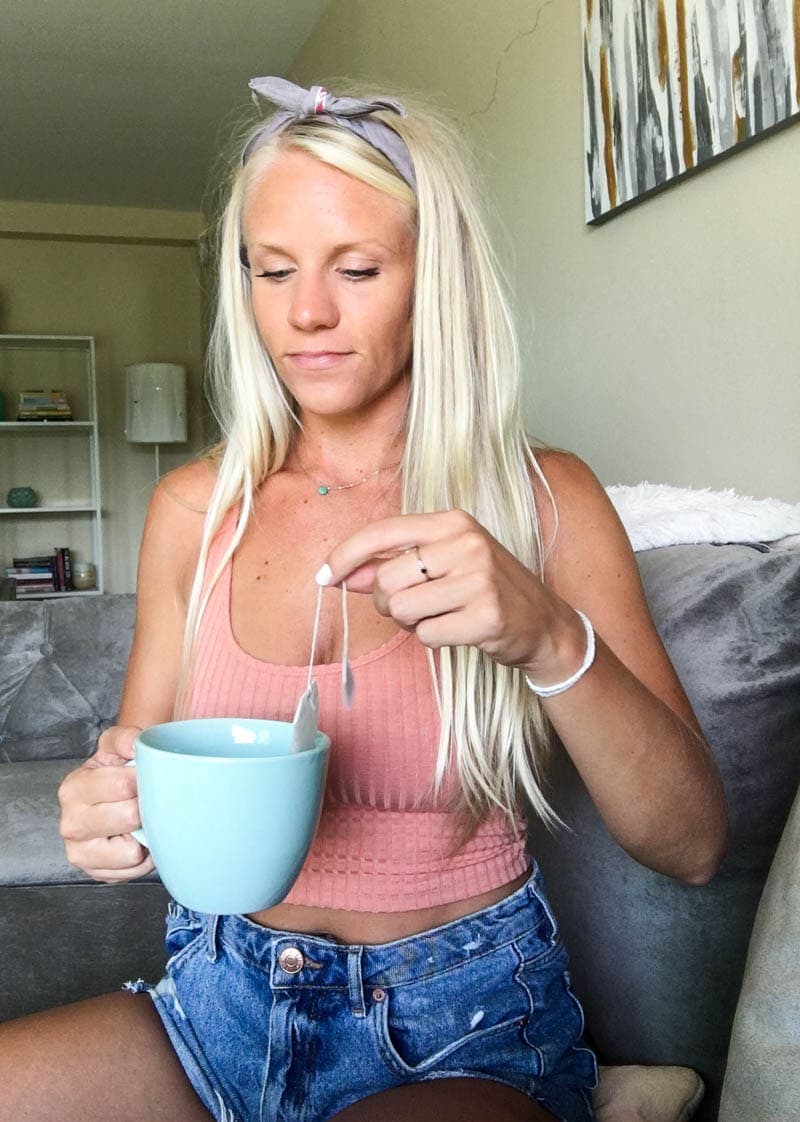 Let me know if you have tried fennel tea! I’m curious 🙂

What are your tips for bloating?! Leave us a comment down below!