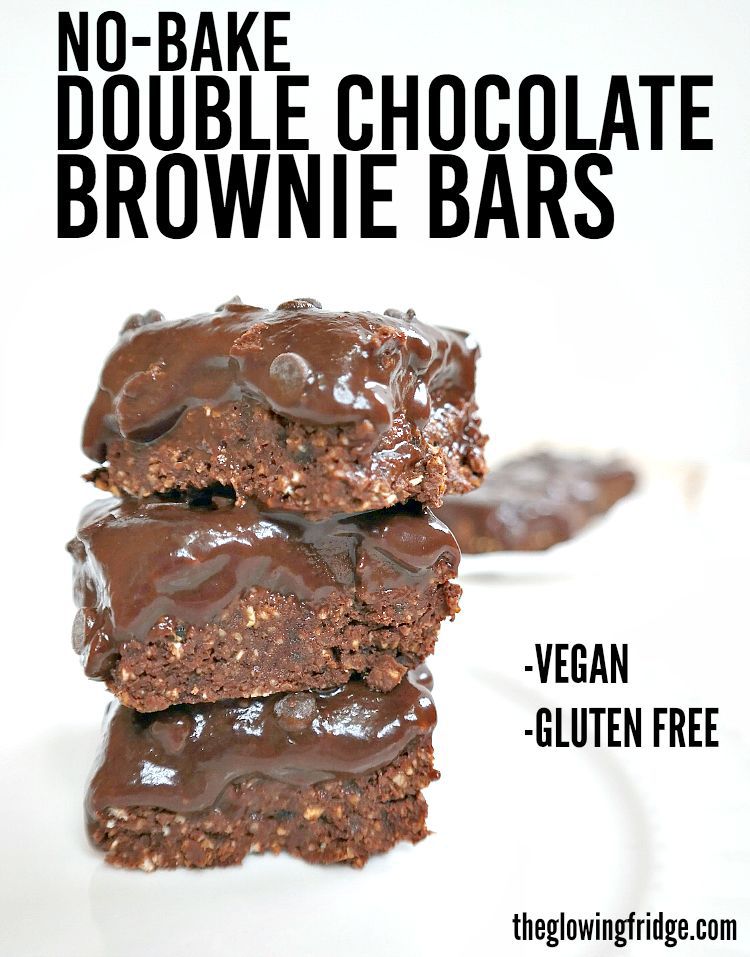 From the title, these little squares of heaven sound like a real treat right?!

BUT – let me tell you, these decadent squares taste like frozen freezer fudge layered brownies and come with no guilt strings attached.

While coconut oil and raw cashews/nuts are used in many vegan dessert recipes – I opted for other ingredients to cut out the fat but not the dessert-like taste. I’ve been meaning to share this recipe since June and have been making it every few weeks throughout the summer as I’m completely addicted, so finally, as a end of summer (wow, why did I say that) hoorah, these whimsical treats are making a much-needed appearance.

This recipe has proved to be one of those that never fails – one you can keep coming back to. Promise.

Basically, I’m giving you permission to eat half of the entire creation in one sitting, if you’re feeling up to it 🙂 because… GUILT FREE.

Maybe you can relate – desserts are a necessity in this life and while I love all the tasty raw vegan gourmet treats,. more often that not, they are drowning in fat whether it be oil, vegan butter, some form of coconut, or nuts/seeds. Not that a dose of whole food, healthy fat is a bad thing, but they’re heavy and uber rich on top of being sweet.

You’d be surprised how quickly the fat grams can add up. Seriously.

So let’s do ourselves a favor and ENJOY these oil-free No Bake Double Chocolate Brownie Bars. Because we can and we should. 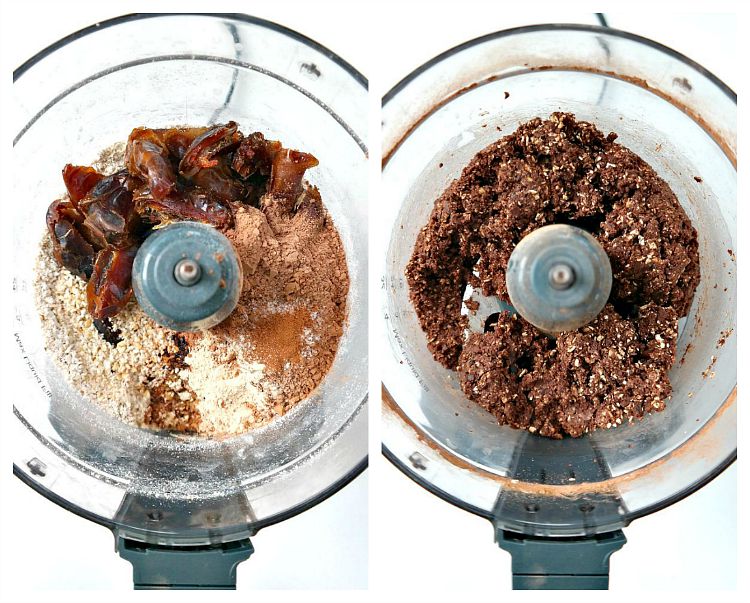 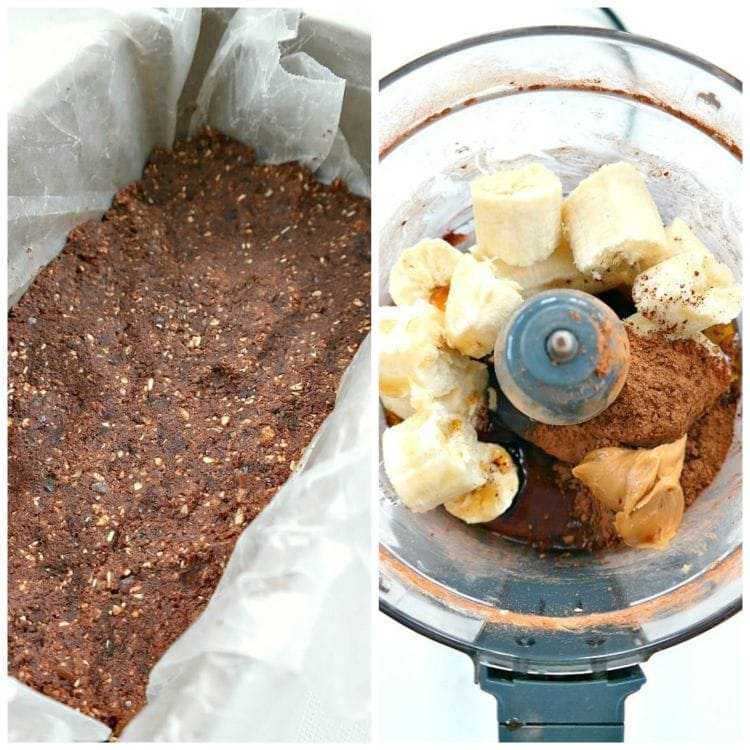 Flatten the crust into the bottom of a loaf pan. Blend up the chocolate fudge layer. 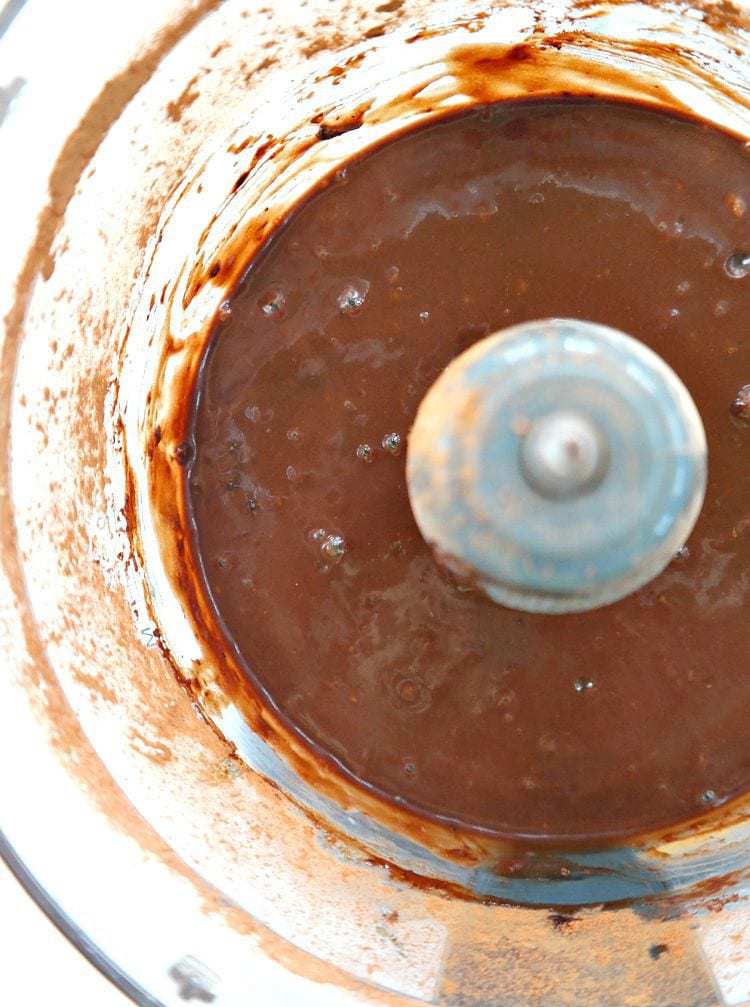 Pour the decadent fudge over the brownie crust. 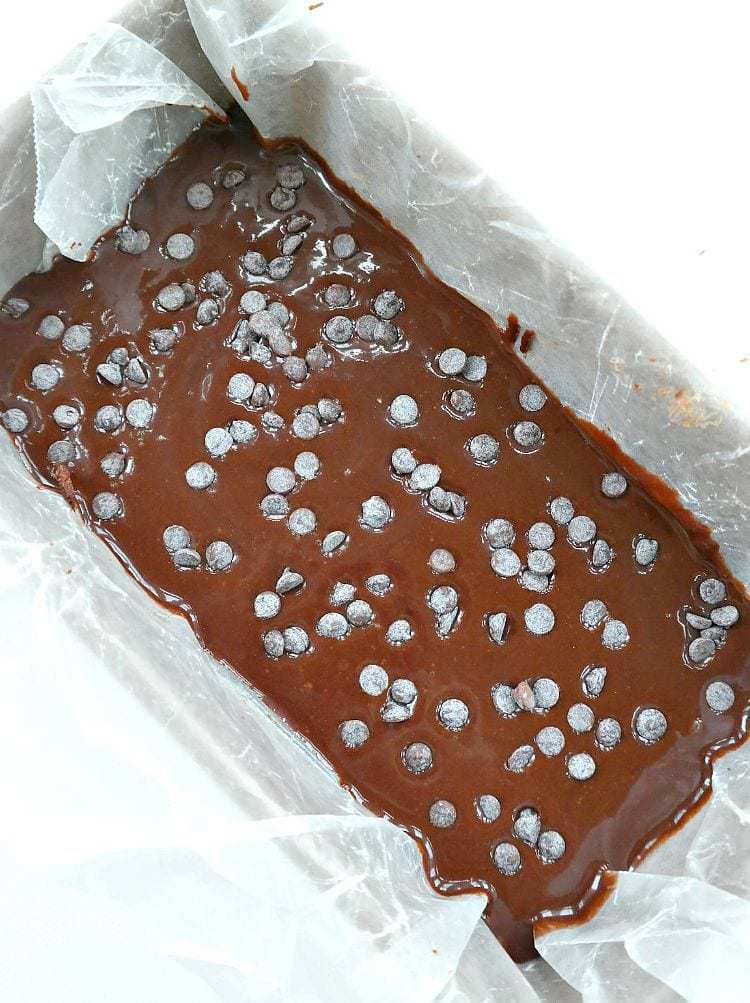 Add a small amount of vegan chocolate chips if you so desire. 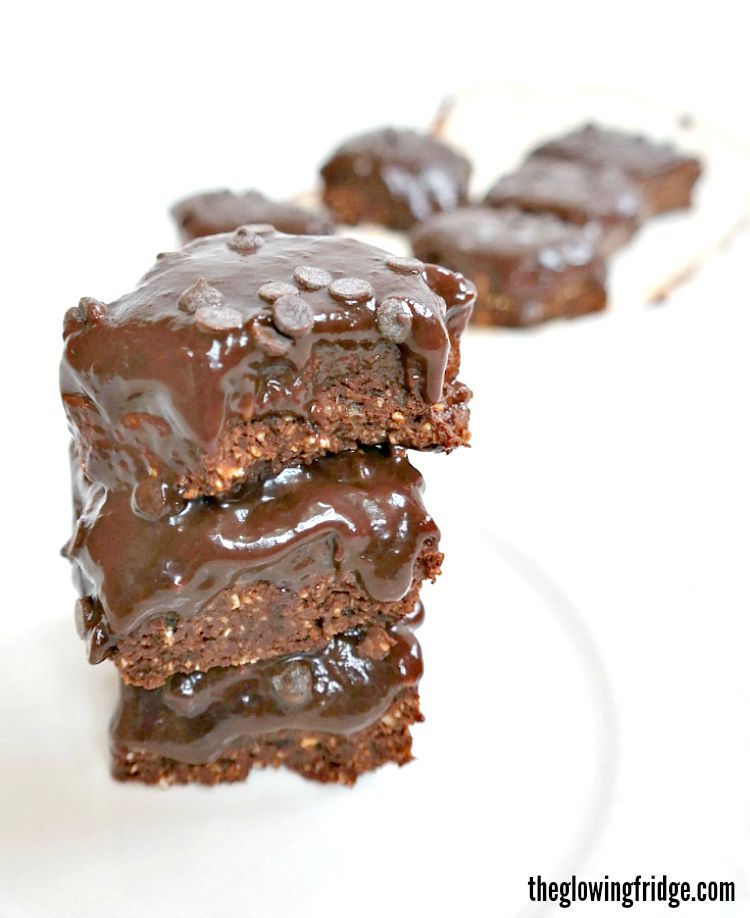 These bars may melt quickly (as you can see!!) but they’re all the right kind of messy.