Happy Wednesday! Hope you are having a nice week so far. Today I am sharing a simple What I Ate Wednesday post, but you know it’s actually from yesterday 🙂 which was quite the yummy day!

I planned to workout so I started my morning with a huge glass of water with freshly squeezed juice from 1 lime, some coffee with almond milk and stevia, and 1 large ripe banana! Following my workout I had overnight oats that I prepared the night before! That was my first time trying #ooiaj (overnight oats in a jar) and they were better than I was expecting. I mixed oats with almond milk and cinnamon for the bottom layer, then layered on a bunch of blueberries followed by more oats with almond milk and topped it with mango! There are a bunch of sweet recipes on pinterest but next time I think I will try pb&j overnight oats. It’s quick, easy and ready when you wake up the next morning. Perfect! 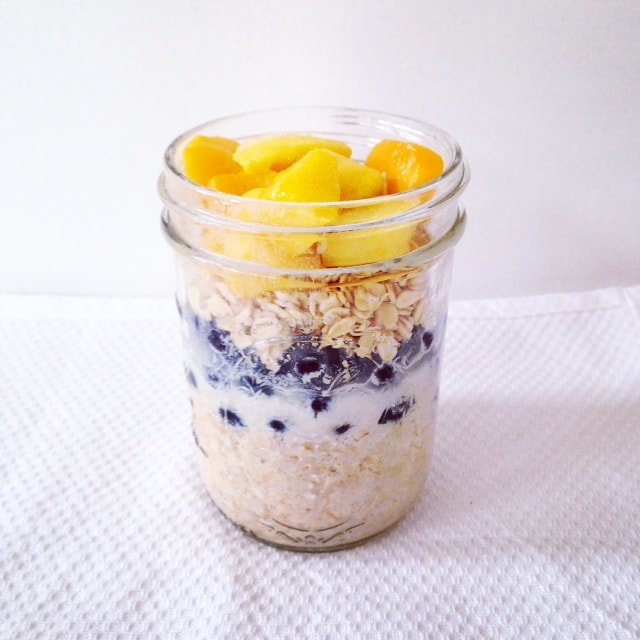 The rest of the day was kind of sporadic with regards to meals! I was so focused on some behind the scenes bloggy work. I snacked on some almonds with a large juicy red grapefruit! I’ve been loving grapefruit lately. 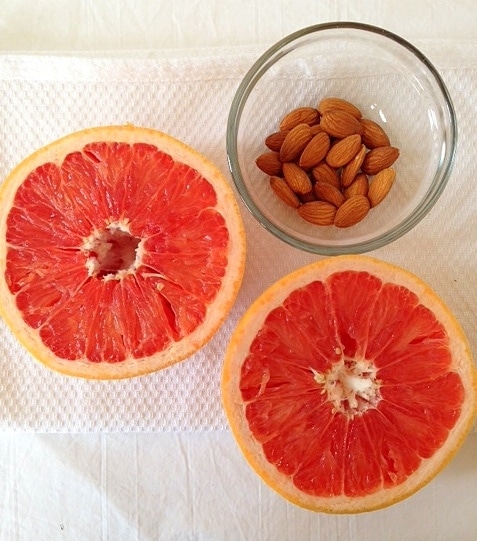 Then a bit later,  I quickly made Raspberry Banana “Nice Cream” which was heavenly. Perfect for an afternoon boost of energy. All you do is place 2 frozen ripe sliced bananas in a food processor with a little almond milk and blend until smooth. Then I threw in about 10 fresh raspberries and some Berry Bliss Philosophie superfood powder (Thanks to Sophie for sending me some!) and blended some more. I added a little more almond milk as well. You can’t beat homemade ice cream that takes less than 5 minutes! 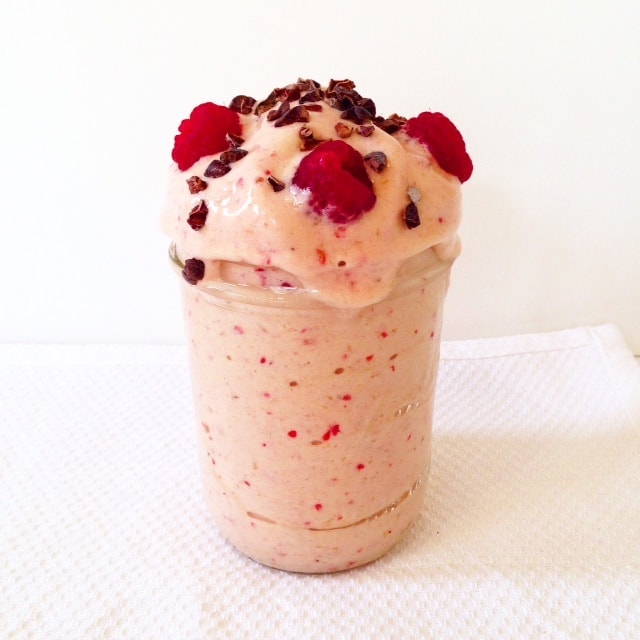 Dinner was an easy whole wheat pita pocket filled with mixed greens, red pepper, tempeh and dijon mustard. Alongside some tomatoes, cucumber and hummus of course! 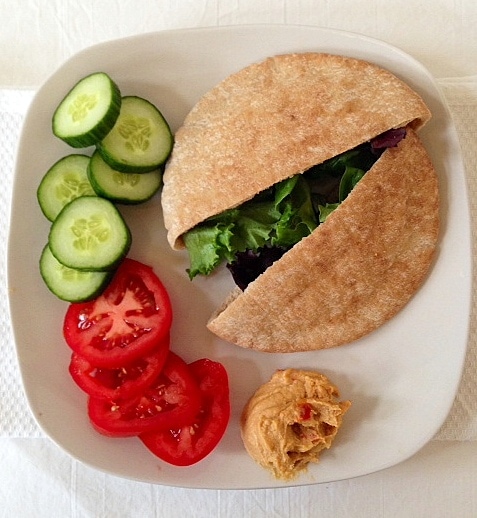 Later on I just had to have a few pieces of my Easy Vegan Chocolate Fudge. Except in this batch, I swirled in peanut butter and sprinkled some mini vegan chocolate chips on top. Chocolate craving? Obvi. That fudge was so delectable, its not even fair!! 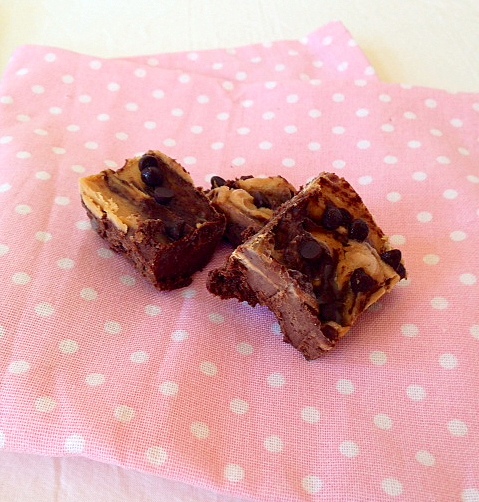 Thats it for What I Ate Wednesday. Hope you enjoyed!